The history of penis enlargement surgery

The idea of penis enlargement is certainly nothing new. On the contrary, it has been around since the beginning of mankind. Evidence of this has even been found preserved in the ruins of the ancient Roman city of Pompeii.

Serious attempts to actually achieve these effects are relatively new (starting around 50 years ago). This may be due to the rapid social changes following the 2nd World War.

American anthropologist Helen Fisher described the development of sexuality in western countries since 1950 as follows: ‘…freedom makes people thirsty and, as a result, increases the demands placed on partners and oneself – all the more since women have increasingly demanded the right to self-determination…’

Penis enlargement operations have always been rather clandestine, even though tens of thousands of men have been successfully treated worldwide in the meantime. 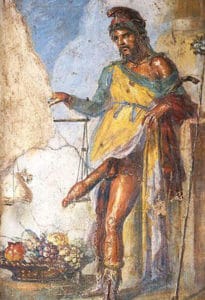 Aesthetic genital surgery for men has yet to gain widespread social acceptance, even though it is capable of having a significant positive influence on the personalities and sexual sensibilities of patients with little effort and should therefore be given a more prominent role in aesthetic surgery.

Penis enlargement surgery is a simple procedure in theory, yet its success depends upon attention to detail and extensive practical experience, as is so often the case. While experienced soft tissue surgeons can almost always produce satisfactory results, failed procedures are unfortunately all too common among inexperienced practitioners.

Talk to our medical advisors and experienced secretarial staff. We are happy to help you with well-founded answers.